Ubin is not Urban!

One of the things I get asked a lot by friends back in Oz is:


"Don't you go a little stir crazy in Singapore?  How do you get out of the city"

This is especially relevant as my routine back home would be to pretty much take off on early Sunday morning and then 'go bush' (Aussies understand) for a good 6-8hr mountain bike ride.  Occasionally with friends but more often than not alone. Additionally for the past 12 months or so I would probably get at least one overnighter (or longer) in every couple of months.

Now, so far I don't get the 'stir crazy' thing - I ride into Malaysia a couple of times a month, I travel a bit for work and really, although you don't get in your car and drive for 3 hours... there are these things called 'planes and once outside of Oz you realise that people take these things to go places.  No, its true!

But still, even with cheap flights and other countries being readily accessible the one thing that is hard to do here is get away from civilisation and get into something that has some semblance of nature.

Well, at least that's what I thought until I discovered Palau Ubin (or Ubin for short).

Ubin is a small island just off Singapore - transport is via a small boat known as a 'bumboat' and takes about 10 minutes.

Once there its like you've stepped back in time 20 years (apparently) - lots of jungle, a few walking tracks a few basic shops and (very) local restaurants and that's it!  Oh and about 20 bike hire places where you can take your pick of rusty, poorly maintained steeds!

The final attraction on Ubin is that it has one of Asia's only IMBA designed and certified mountain bike courses.  One of the few tracks around that has actual flow!

After a couple of visits I decided to take the opportunity of Lisa being away over a weekend for work to take the boys camping on Ubin.  But of course we would have to ride there :)

Now, last time I tried to take the boys bike camping on my own (in Australia) it almost resulted in a visit from Child Welfare and no camping was done.  However, the boys seem to have repressed the memory so I thought we'd give it another try.

A word on my setup.

The main engine of this enterprise is a Wee Hoo iGo2 trailer...

These are pretty amazing...

They work like a recumbent towed behind the bike.  Kids sit behind each other and the child in front can pedal (allegedly, there doesn't seem to be much pedalling on our trips from what I can tell!).

Mine was modified to carry a set of Ortlieb panniers on the back.

Despite the weight, it is actually pretty easy to pedal.  With the weight of the trailer, two kids and camping gear I think I was probably towing close to 50kg or so.  Of course whilst the weight itself isn't hard to lug around, having a significant amount of weight on the back of your bike pivoting around the seatpost means the whole thing really isn't that stable! 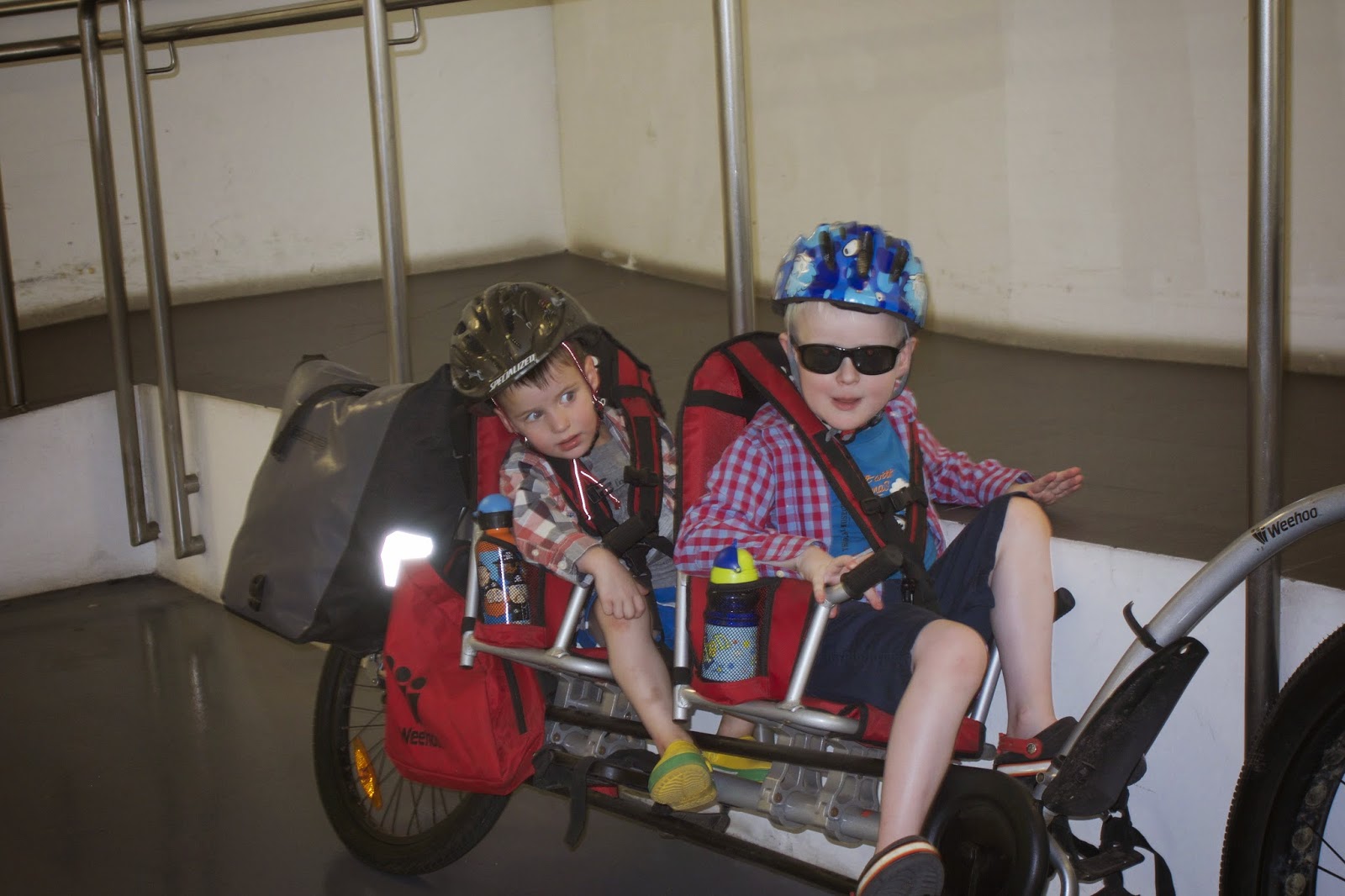 Still, it more or less worked and we made our way down to Marina Barrage and then along East Coast to the Ubin Ferry Terminal.  Of course there was a howling headwind so what in my head was a nice easy flat cruise turned into a 2 1/2 hour mission - made me wish I hadn't gone out riding with ANZA earlier in the Day! 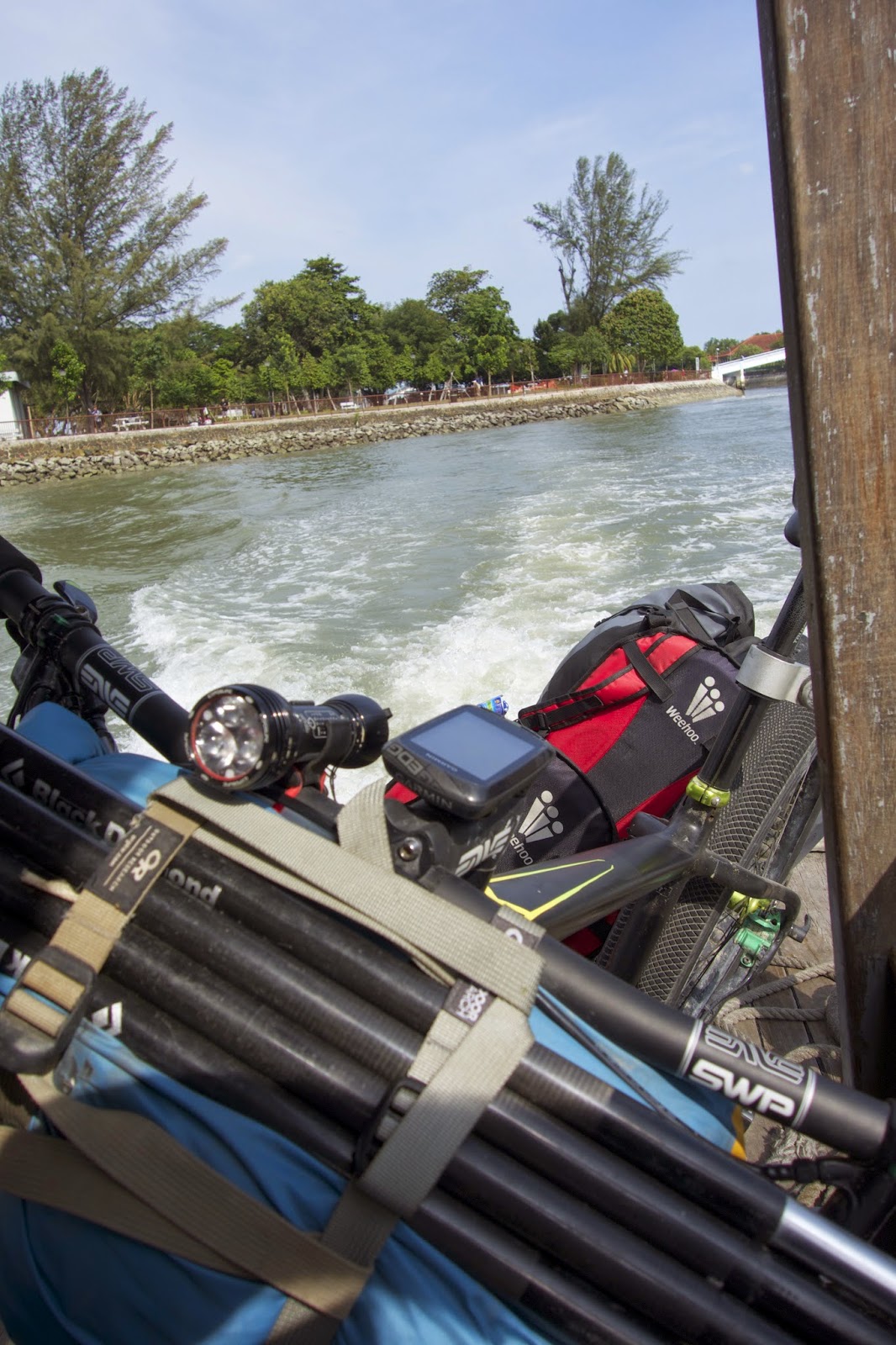 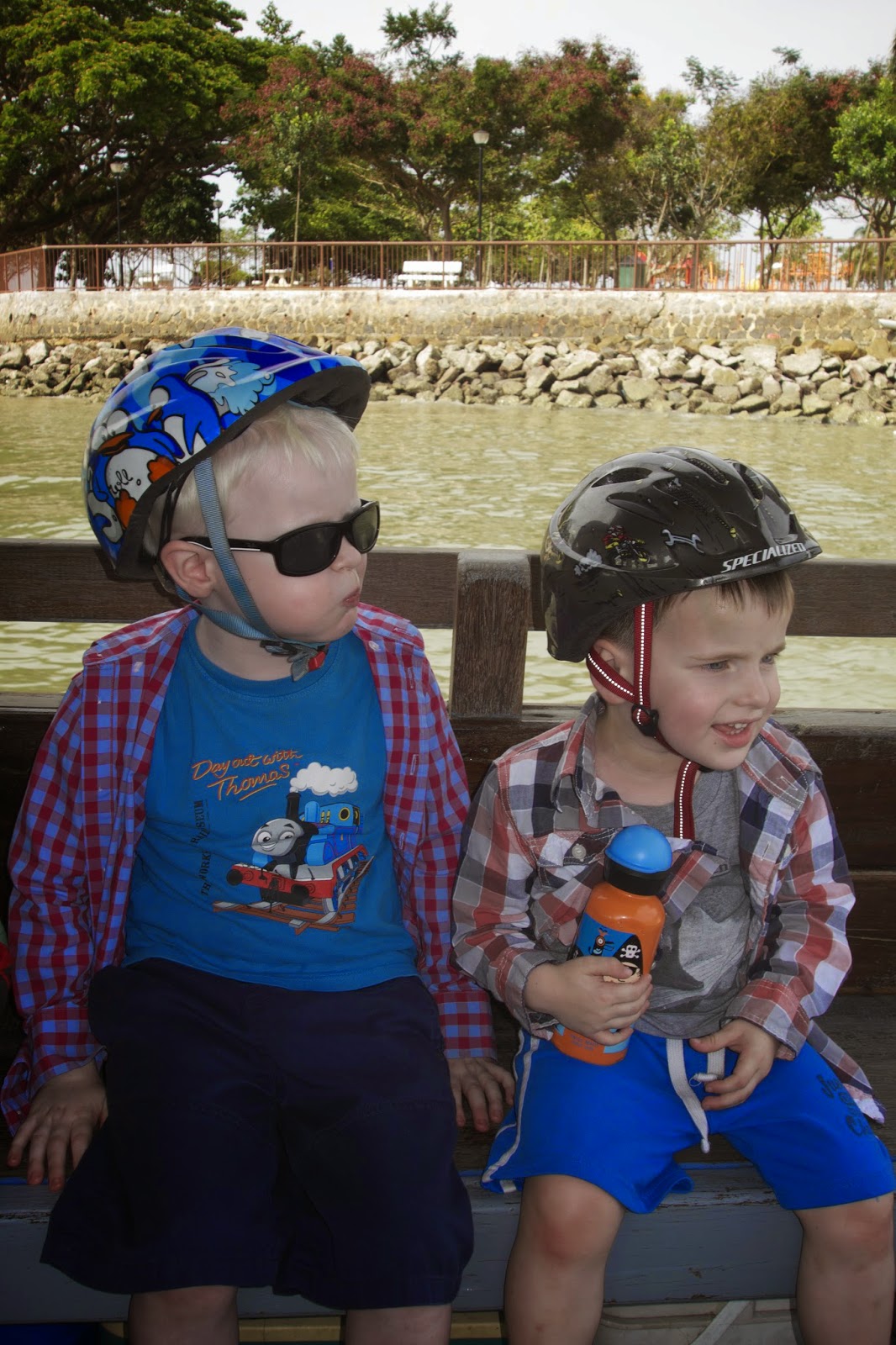 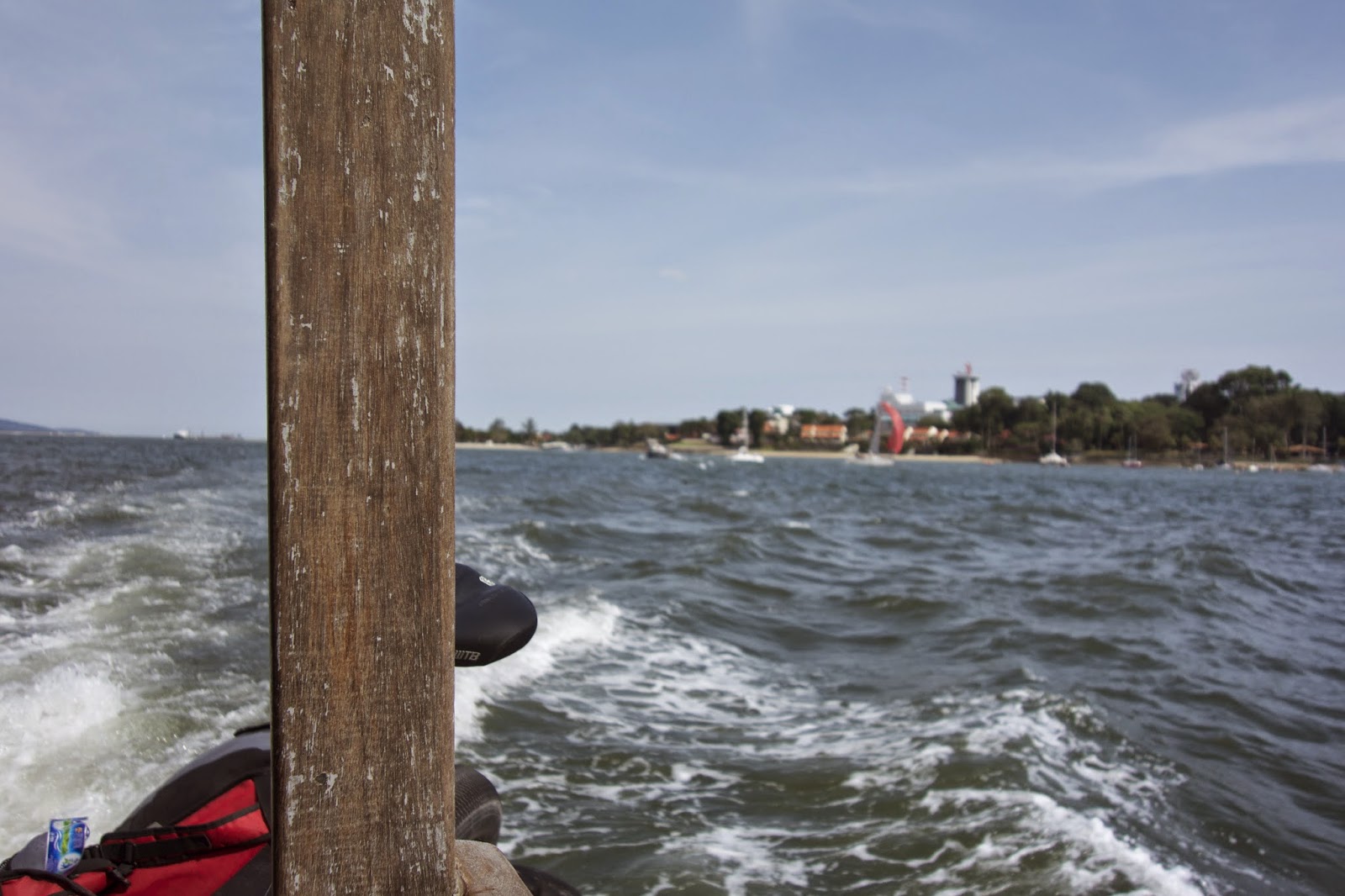 After managing to get a bike, a trailer and two very excited small boys down two flights of stairs and onto a small boat we were on our way!  It seems silly but a simple 10 minute boat ride can make a world of difference and you can really feel the city being left behind.

Once at Ubin, we followed the directions and attempted to register at the local police station (ok, house marked police near the ferry terminal would be a better description!).

On Ubin, there are at least three difference campsites.  For this trip, we hadn't bought food (apart from snacks!) and cooking supplies so we chose the campsite closest to the ferry terminal as I knew there was a decent local seafood place there which would be great for dinner. 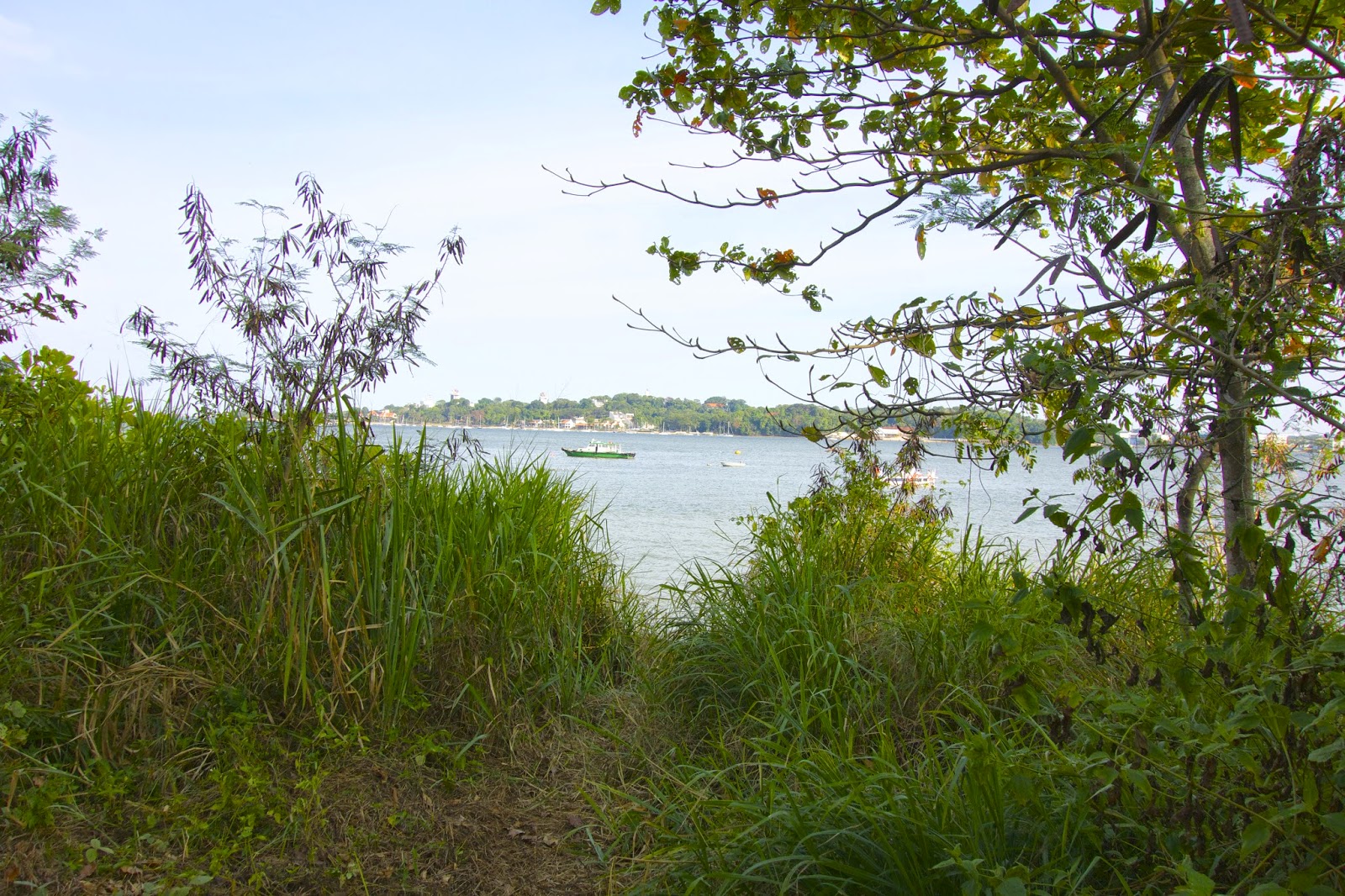 The Jelutong Campsite is only about 5 minutes walk from the small village near the Jetty but has a reasonable view and is nice and shady.  After a quick scout around we found a spot to pitch our tent! 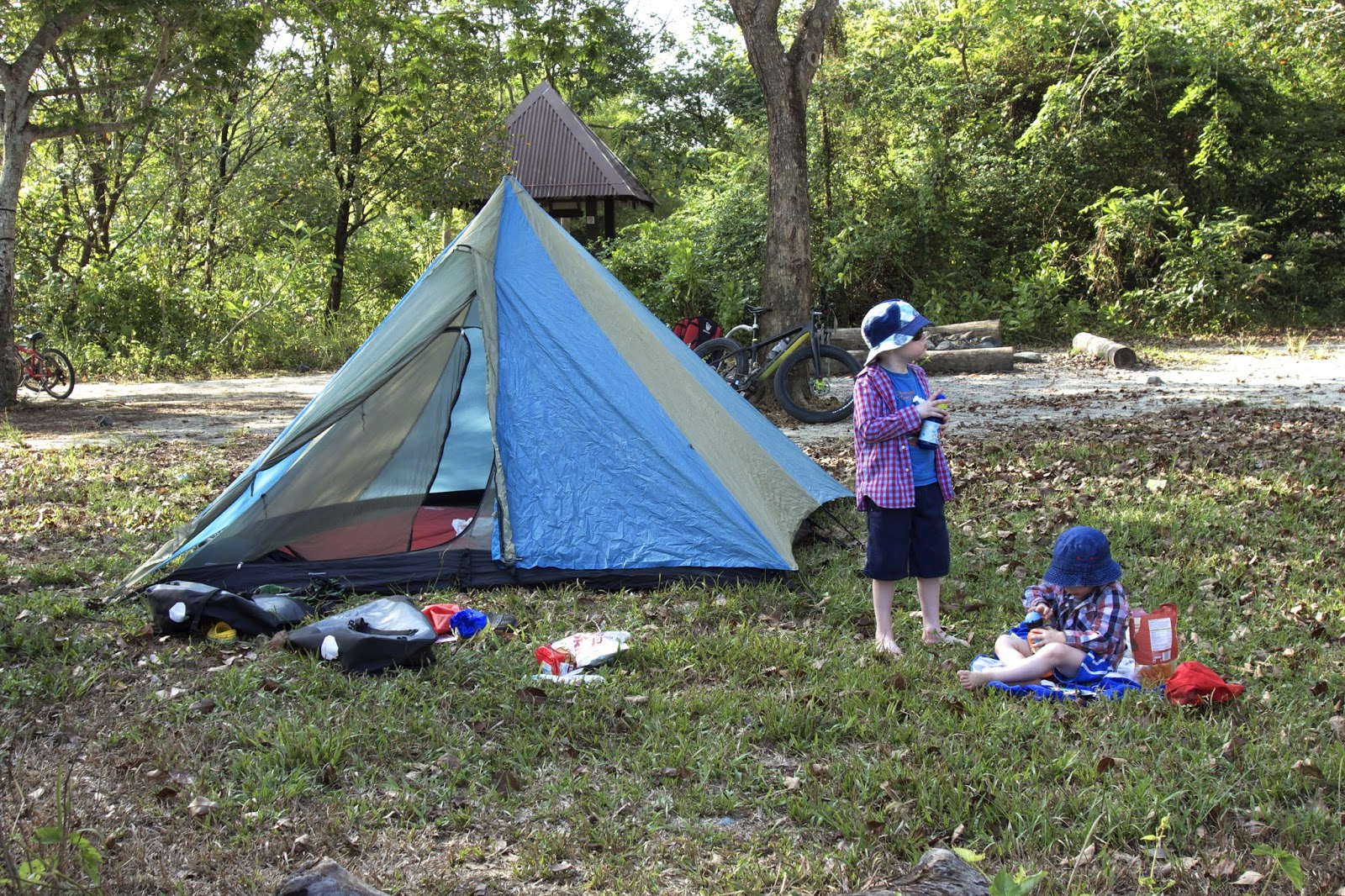 Much to the disgust of my camping companions we did not have equipment to build a campfire (advice was that it wasn't allowed) but this site had a few well defined firepits as well as other campers who had fires.  Although to be honest the whole 'sit in front of a nice campfire' thing looses some of its appeal when its 26'C at 9pm!  Well we'll know for next time!

Dinner was a fairly simple affair but its good local food and pretty cheap - the tiger beer wasn't cold but a few ice cubes helped (ok, to be honest its that Tiger is so watered down that you don't notice the ice!) 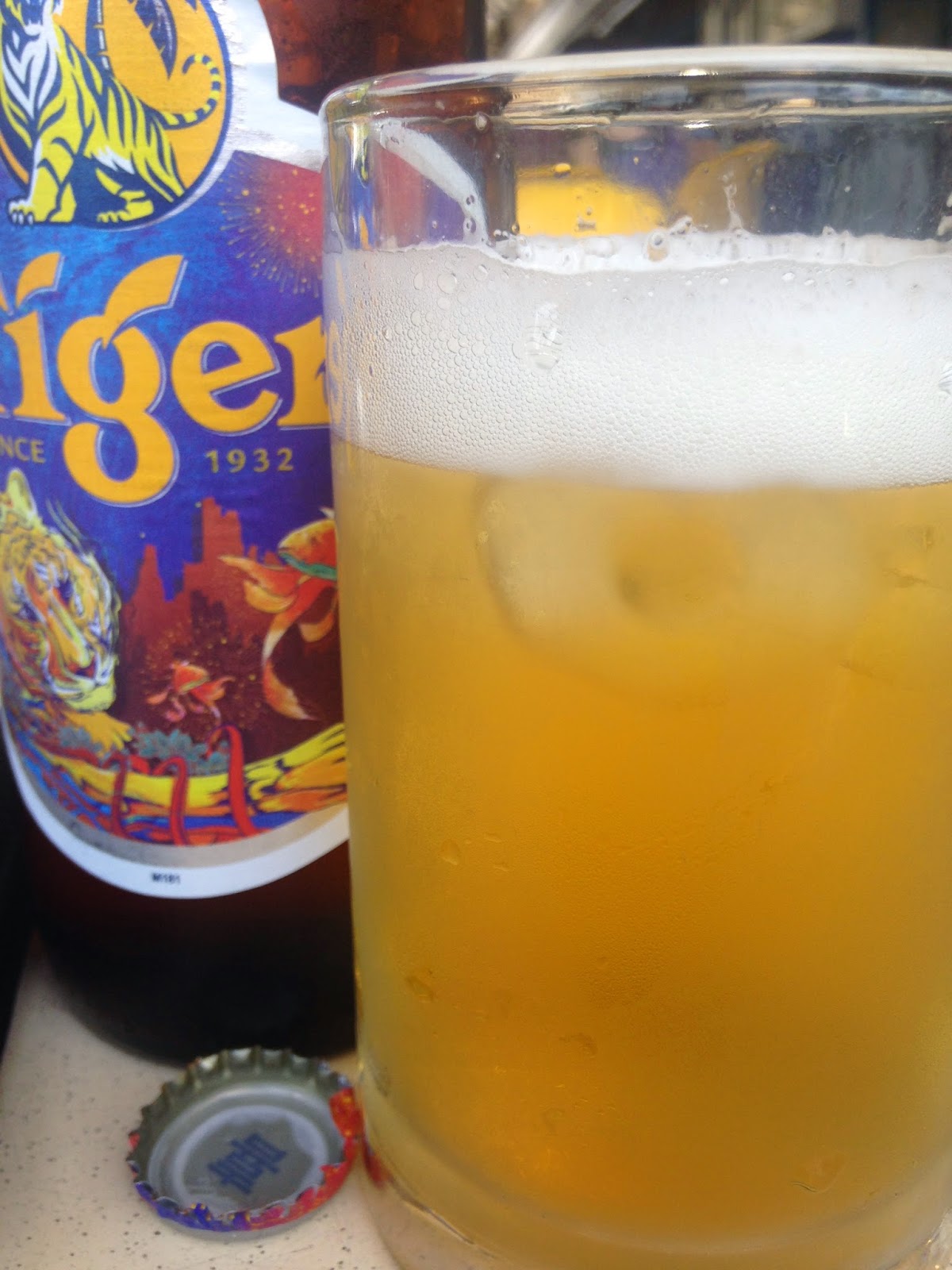 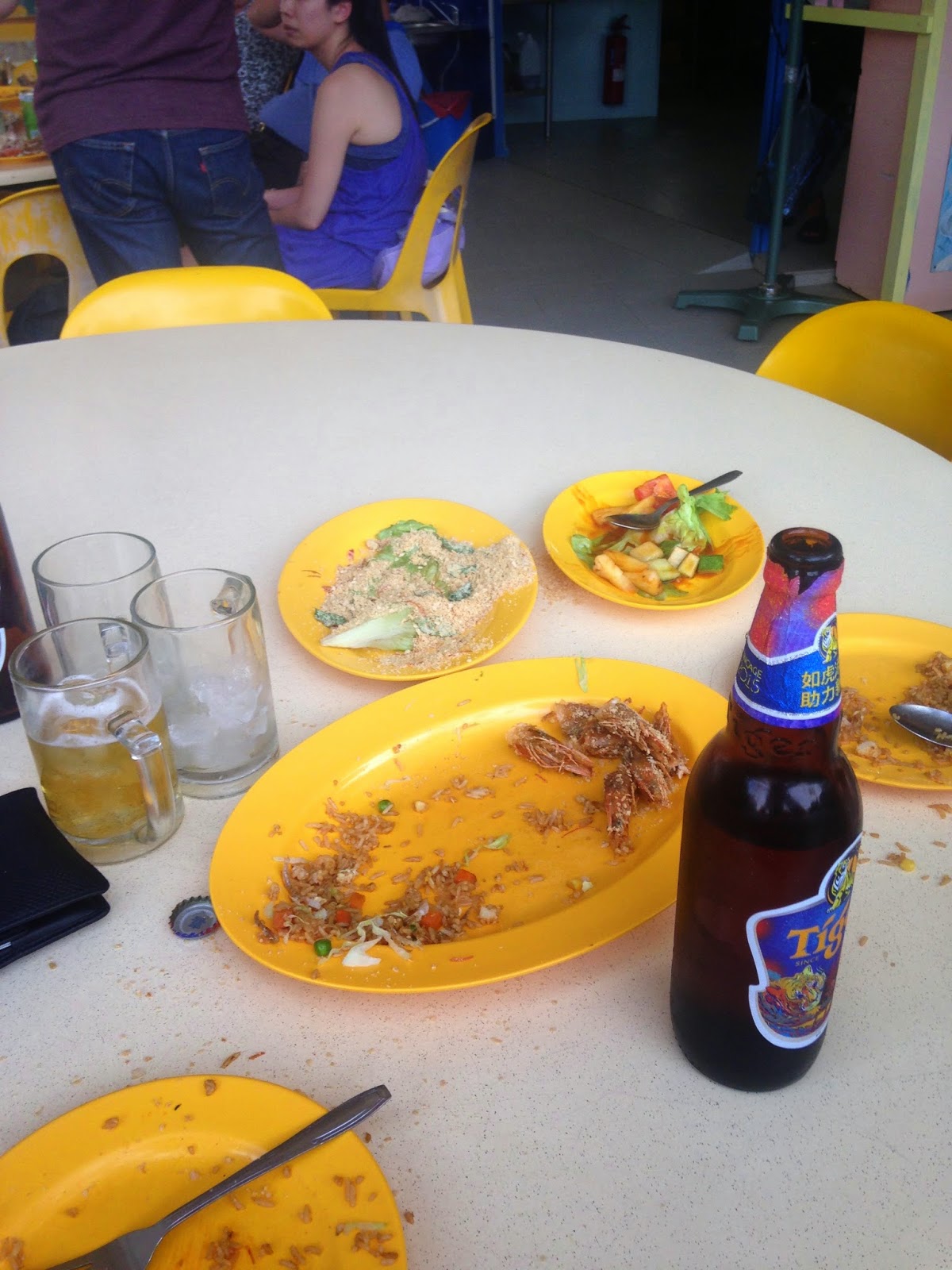 So after a big feed it was starting to get dark so we retired back to the campsite.

Whilst we were camping you can't escape the fact that my kids are little urbanites at heart so I had come prepared with iPads for the boys and I.  Given how warm it is at night here I hadn't bothered with sleeping bags and we just had a couple of sheets to put over camp mattresses.  The boys curled up inside the tent with their iPads and I set up under the stars. 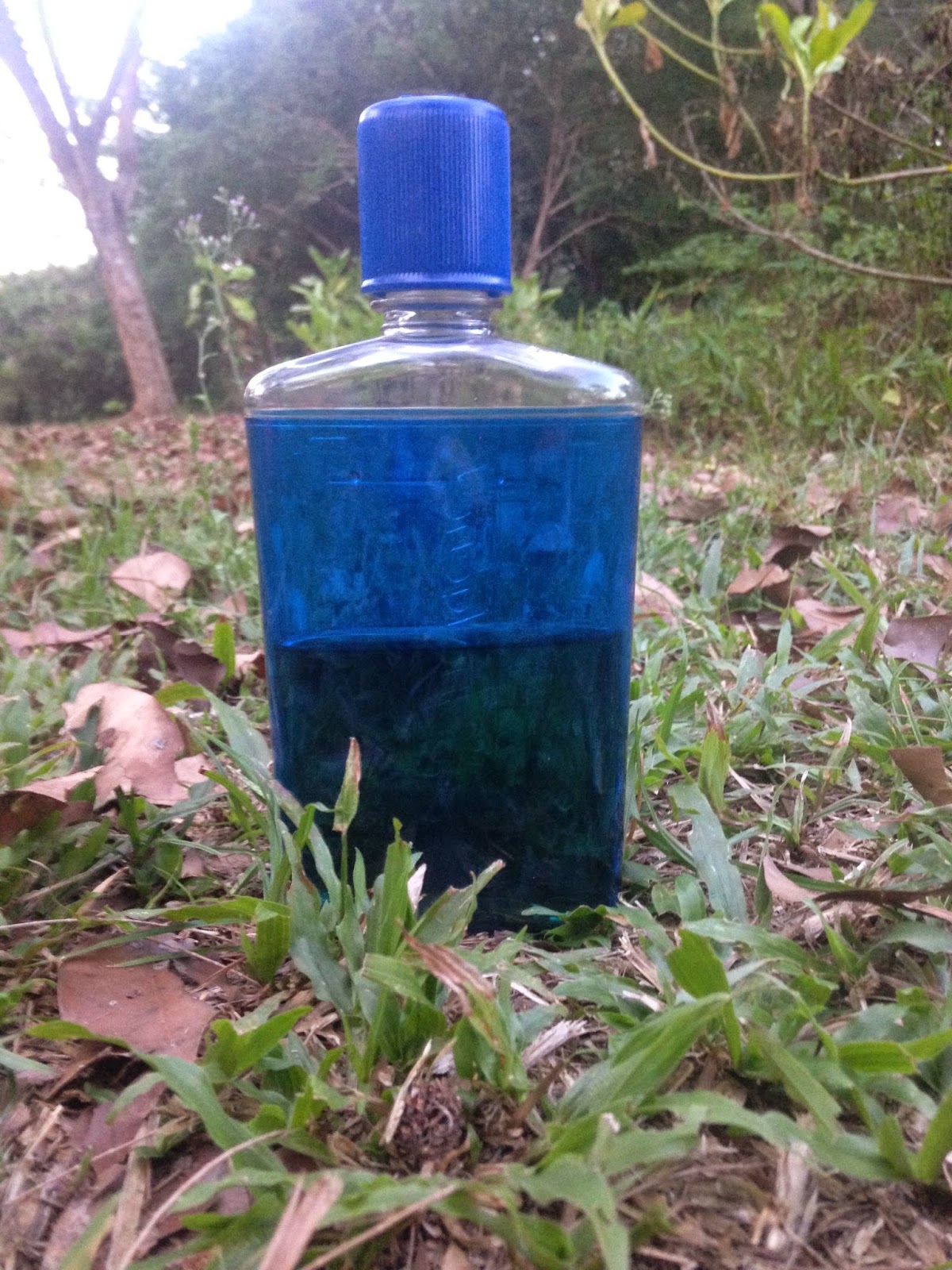 Oh, of course I'd bought a warmer :) Ardberg 10yr old from a Nalgene Hip flask is fantastic!

As far as camping trips go it had been pretty successful - kids were enjoying being out and about and whilst we were really only 15 minutes from Singapore proper, when you're lying outside reading a (e)book then its just enough to convince yourself that nature really isn't that far away.  Just the thing I needed to get a bit of a fix!

Things got a bit shaky the next morning as none of the shops were open at early o'clock when the kids chased me out of bed.  Luckily there were many things to entertain small boys around the camp ('Look Dad... a stick!') and we managed to get an icy cold coconut water from one of the shops that opened early to cater for the hoards of mountain bikers who had started coming in on the first bumboat.

With no real food we just packed up the campsite and headed back over to Singapore where we got brekky at the Changi Village hawker market (Kaya toast apparently is close enough in taste to Peanut butter that the boys accepted the lie gladly).

From there we headed back along East Coast.  Luckily there was no headwind this time and we made pretty good time back to Brussel Sprouts - a Belgian Beer cafe chain where we met Lisa for a quick bit of lunch (she had arrived back from her work trip early that morning). 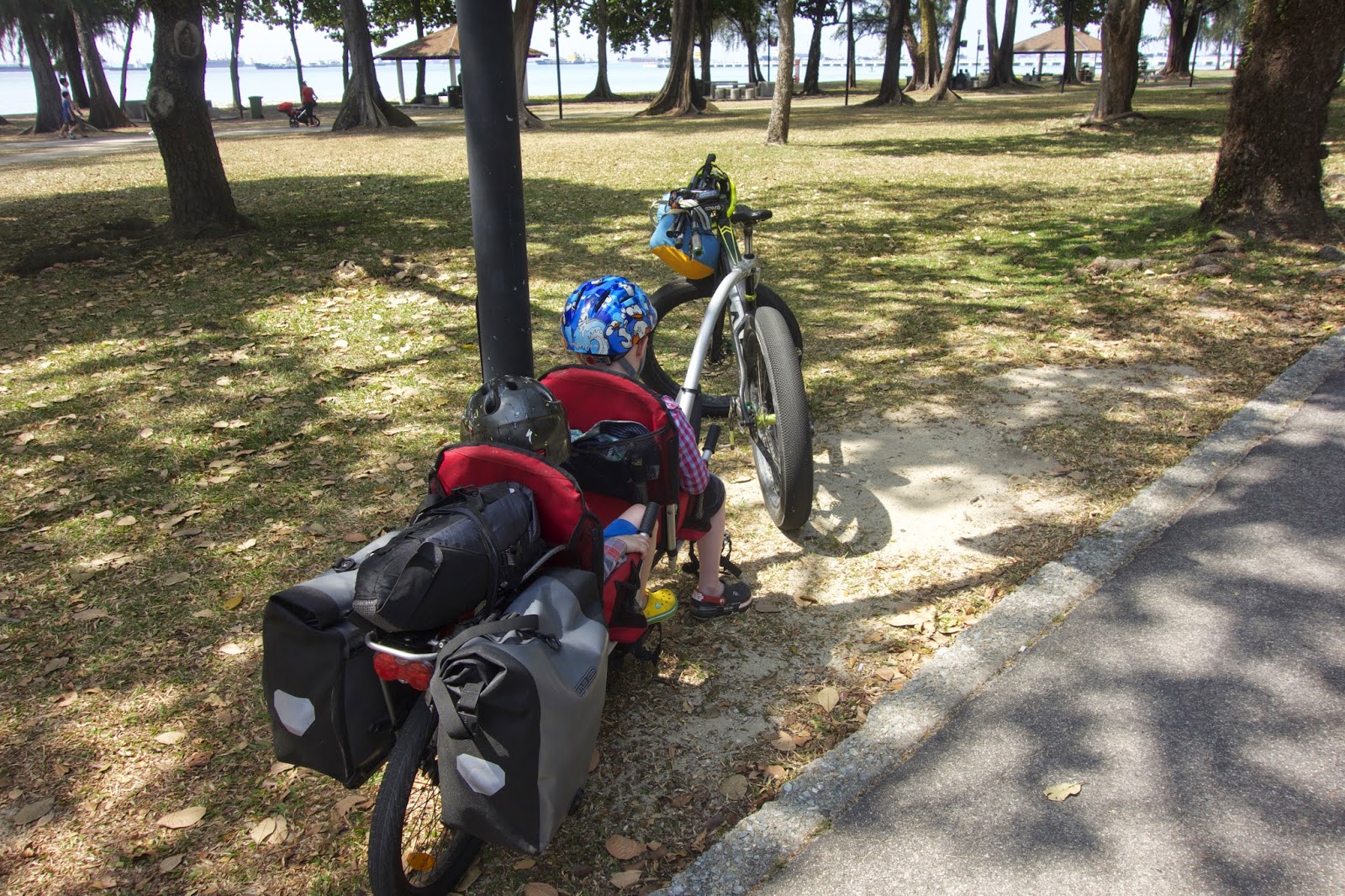 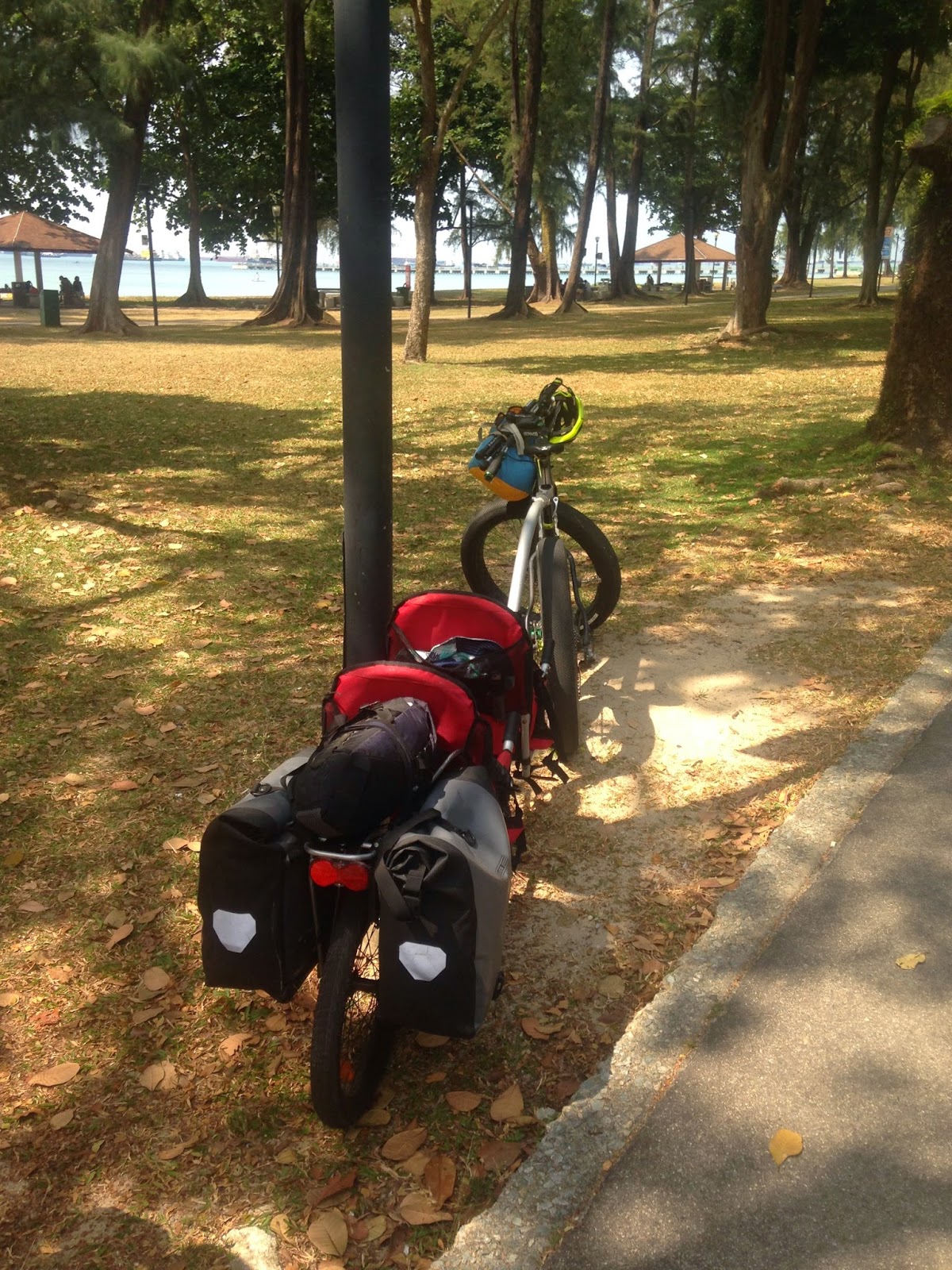 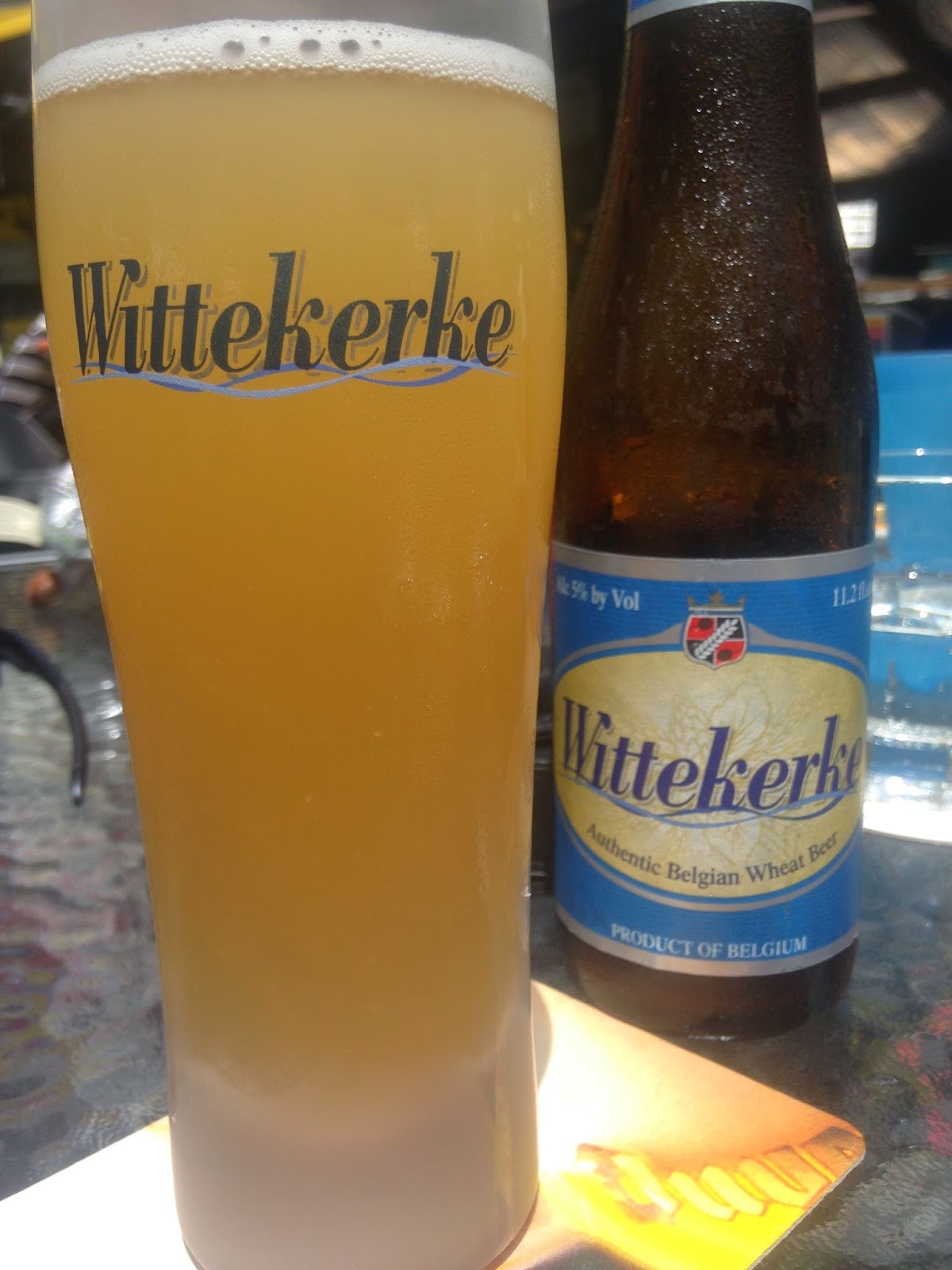 All in all a pretty good way to spend a weekend!

Stalk me on Strava